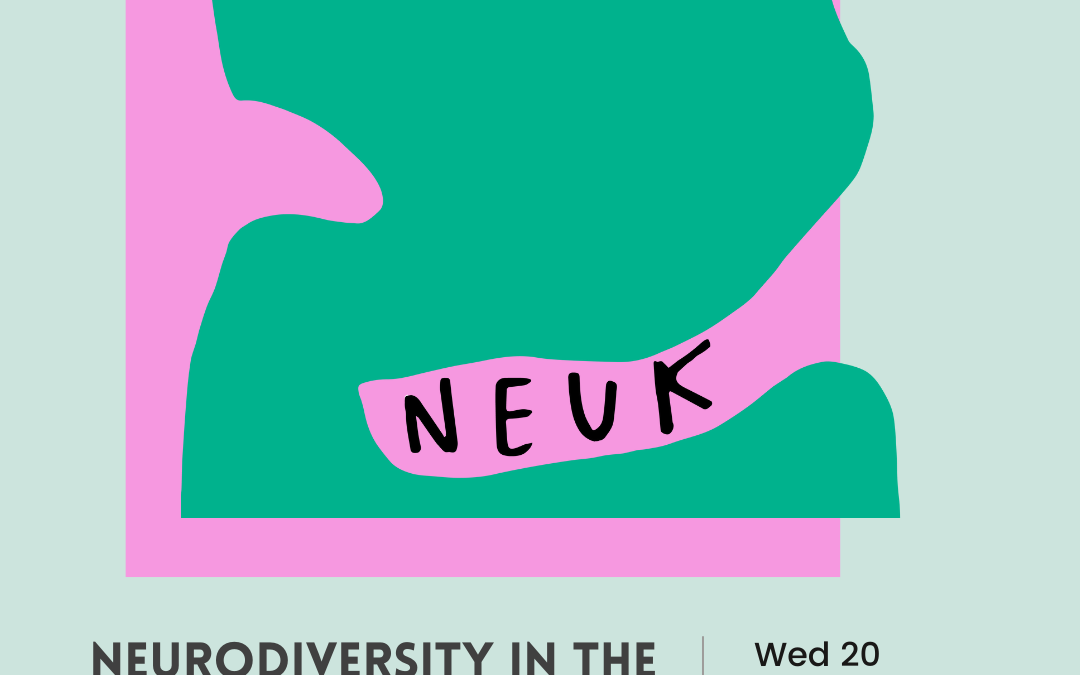 Join us for a 2 hour workshop on Neurodiversity in the creative industries with NEUK Collective on 20 July, 10am – 12pm, online via zoom
In this workshop, we will spend 2 hours exploring the impacts of Neurodiversity when working within the creative industries. NEUK Collective will outline some of the barriers to working in the arts for Neurodivergent people and guide us through considering how we can begin to address them. We will consider what we can change on an individual or organisational level to make our work more accessible. NEUK Collective will also present some of the research behind their Manifesto, and some of the key priorities for change as well as resources to support those working in the arts.
The workshop will cover the following areas:
– Introduction to NEUK Collective
– What is Neurodiversity?
– Barriers to working in the arts for Neurodivergent people
– Making Change: why organisations should prioritise access and inclusion
– How to address barriers both as an individual and as an organisation
– Research, NEUK Manifesto & priorities for change
– Resources to help
Workshop Facilitator:
Neuk Collective: Neuk Collective is a group of 7 neurodivergent artists – Robyn Benson, Dylan Esposito, Tzipporah Johnston, Dawnne McGeachy, Bruce E. Phillips, Kim Crowder, and LaBoBo– set up in 2020 with support from Creative Scotland. Our work focuses on advocating for neurodivergent people in the arts.
What is Neurodiversity?
Neurodiversity is the idea that brain differences – e.g. autism, dyslexia, dyspraxia etc. – are a normal part of human diversity, rather than disorders or deficits. It is influenced by the Social Model of Disability, which argues that it’s the barriers erected by a prejudiced society that are truly disabling, rather than impairments or differences themselves.People whose brain functions in the way that society deems “normal” are referred to as neurotypical. People whose brain functions differently are referred to as neurodivergent. For a full breakdown of timings and topics covered, as well as access information and ticket pricing, head to our eventbrite page: https://www.eventbrite.co.uk/e/neurodiversity-training-with-neuk-collective-tickets-344739714767