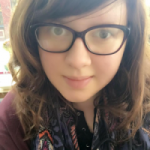 Between August and October 2017, I carried out research to find out the views of Third Sector organisations on their experiences of the procurement process and contracting with schools for Pupil Equity Funding (PEF) in Glasgow.

PEF was announced in December 2016, as part of the Scottish Government draft budget. It provided a total of £120m for schools to use at their discretion to close the attainment gap in 2017-18. The funding was allocated directly to schools, based on P1 – S3 eligibility for free school meals.

Schools were urged to to achieve the best possible outcomes for children and young people by working in partnership with a range of bodies such as parent groups, parent councils, Third Sector organisations, other educational sectors, and centres of expertise.

Schools in Glasgow received a total of £21,602,400 in PEF and had a limited time to submit proposals. Guidance was issued in January 2017 and initial plans submitted by the end of March. Schools were asked to implement from April 2017, where possible.

In order to get an insight into Third Sector experiences, I interviewed managers and practitioners from ten organisations working with children, young people and families in Glasgow. Most of these organisations had participated in the PEF commissioning process with varying degrees of success.

All of the organisations attended at least one networking event, but eight of the ten organisations interviewed also made direct contact with schools regarding PEF. The other two organisations decided not to participate in the commissioning process.

Six of the organisations (of the eight who participated in the commissioning process) were critical of how the process operated. The main issues they identified were:

Organisations that contacted schools directly and had pre-written and costed proposals were more successful in contracting with schools than those whose approach was to try and engage schools in a discussion about their needs. Five of the ten organisations I interviewed were ultimately commissioned by schools for a range of services including play sessions, physical wellbeing and support for learning. All of the organisations commissioned this year are hoping to continue their contracts with schools into the next year of funding

One organisation was interviewed after they had already begun working with schools and they described having difficulties managing the expectations of teachers about what they were able to provide and how quickly they could expect to see results.

Most of the organisations thought that GCVS could take on an “honest broker” role, which would involve GCVS helping schools to link with local Third Sector organisations and vice versa, though they emphasised that this should be done locally rather than on a citywide basis. They were also largely positive about the idea of producing directories of organisations in specific parts of the city and making these available to headteachers.

The report made a number of recommendations as to how the PEF commissioning process could be improved. Firstly, that the Scottish Government and Glasgow City Council should examine research into what initiatives have been shown to be effective in closing the attainment gap, as well as reports on the use of the pupil premium in England and Wales. This can be used to inform future guidance for headteachers on spending the pupil equity monies. Furthermore, GCVS should continue to promote the Third Sector, organise further networking events for organisations to engage with schools and provide training to organisations on pricing services and developing proposals.